Tag: Turn the Tide on Plastic

Challenge WalesTurn the Tide on Plastic 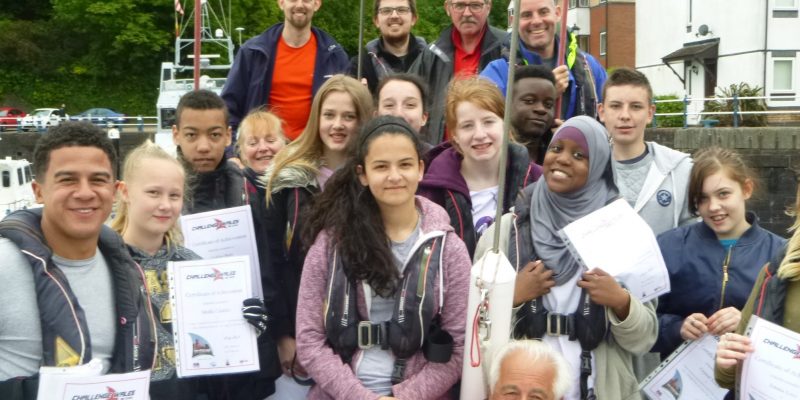 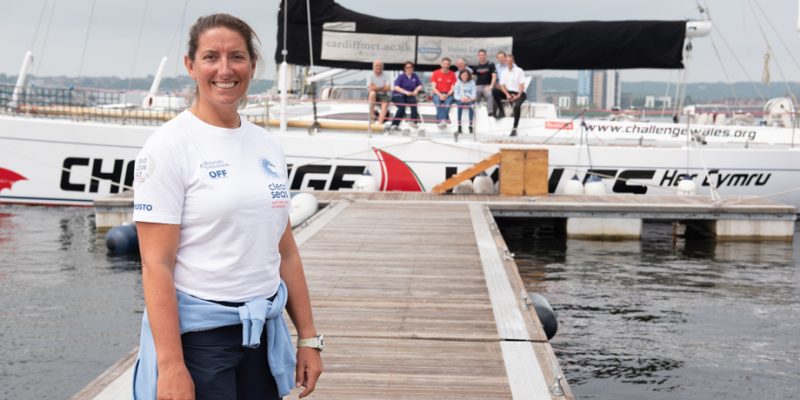 On 31st May, guests and volunteers turned up initially onboard Challenge Wales for a tour of the vessel,  before heading off to the eco-lounge in the Volvo Ocean Race village to hear Dee’s stories of adventure, the fight against the tide of plastic that is infiltrating even the remotest parts of the world and to hear more about the accredited learning opportunities and life-changing work that the Challenge Wales charity provides. With compostable cups holding tea and coffee in hand, everyone listened intently to what Dee had to say.

The Environmental Project is the latest addition to the Challenge Wales programme to give young people who participate on sailing days and voyages an opportunity to get an accredited qualification to add to their CV, while improving a host of life-skills through the process of hands-on big boat sailing and its development is part of the charity’s Voyages of Discovery Big Lottery funded project. As skipper of Turn the Tide on Plastic the 65ft Volvo Ocean Race yacht, which is enjoying a stopover at Cardiff, Dee is trying to educate people about the danger of disposable plastics and the effect they are having on the seas and the wildlife. “During the race we have been carrying out a science project to measure microplastics in the oceans. There were microplastics present in the most southerly part of the Southern Ocean! The problem is that you can’t see it, but it is everywhere, and everything in the food chain is affected. The potential health implications are enormous” she said at the launch.

Challenge Wales has been undertaking other environmental initiatives over the years including being part of a global citizen science project and measuring plankton levels, bringing science to life with experiences, working with the warden on Lundy Island to understand ecosystems. Challenge Wales has also worked with both Cardiff and Plymouth universities on marine-related activities.

Not only has it been our first voyage in Adventure Wales but she has picked up her first award too!

The Challenge Wales charity has put sustainability at the heart of its sail training programme. A few years ago the charity started measuring plankton as part of a global citizen science project, we’ve had microscopes onboard looking at what is under the surface of the water, we’ve looked at our own recycling systems onboard our vessels, identified how we can link into other marine action plans to help the environment, we’re currently waiting for our first order of reusable water bottles to give every young person as we aim to ban one-use water bottles coming onboard (this creates a great talking point with young people and adult guests onboard) and more recently we have developed an accredited learning programme around an environmental project (as part of our Big Lottery Funded project Voyages of Discovery) which we hope will inspire our young people to help us all do our bit for the planet.

The Environmental Award was won by Adventure Wales for its environmental commitment and is a great recognition for the environmental focus the vessel and the charity have taken.

Sail Training International Race Director, Paul Bishop said: “Protecting the marine environment is more important today than it ever has been with the immense levels of plastic pollution in all the world’s oceans today. The Environmental Award went to a vessel which has environmental stewardship education as part of their on board training.”

As a charity it is great for Adventure Wales to be recognised publicly for the work that the Challenge Wales charity is doing in this area.

And this award couldn’t have come at a better time!!! In a couple of days time the Volvo Ocean Race fleet races into Cardiff and on 31st May we are welcoming Dee Caffari, Skipper of Turn the Tide on Plastic onboard Challenge Wales that will be moored within the Volvo Ocean Race village. Although we are wanting to talk to her about our sustainability actions and of course our newly won Environment Award, we can’t wait to ask her about her adventures and ask her some questions too!!

The Tall Ships Regatta, organised by Sail Training International, brings young people from all over Europe together in a spectacular youth and cultural event and the young people onboard Adventure Wales will be representing Wales and the UK. Adventure Wales will race with the fleet before returning back to Penarth on the 5th June 2018.  The race starts in Liverpool and when the event took place previously around a million people turned out for the four-day festive maritime extravaganza.

Read about our sustainability activities here… 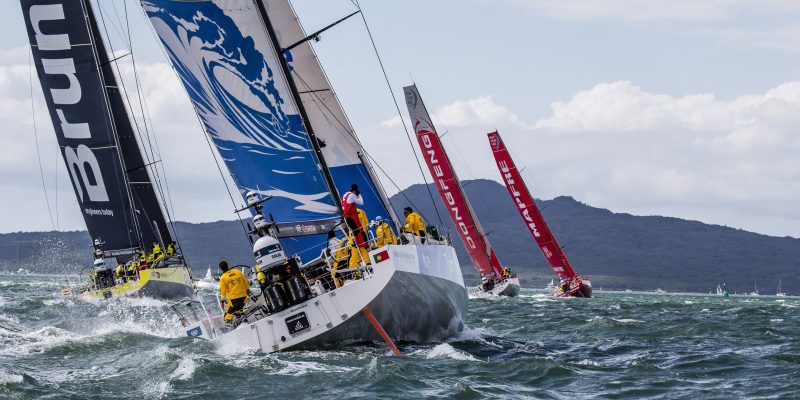 The Volvo Ocean Race is endurance like no other. Professional teams race against each other around the world facing the toughest conditions the oceans can throw at them. It’s endurance, teamwork, adventure, inspiration and challenge rolled into one, and a big one at that.

The event brings the top performers of the sailing world together but you don’t need to be a sailor or interested in sailing to get involved in the event when it rolls into Cardiff this month as the race has an environmental message with it which we can all take something from.

The 45,000 mile race now has the end in sight and the next big race-leg is across the Atlantic from Newport (Rhode Island, USA), up the Bristol Channel and into Cardiff (Wales).

Although Challenge Wales is bigger than the Volvo boats, ok only by a few feet, the Volvo yachts are pure racing machines bred for speed and fly through the water in a not-to-be-missed spectacle. This is the first time the race, in its entire history (since 1974) has called into a Welsh port so it is going to be something pretty special.

During the two weeks that the event is in Cardiff, the Race Village is where you need to head to and will be open (free of charge) to the public. Make your way to the Barrage (from either the Penarth or Cardiff end) and follow the crowd and the buzz of excitement that will be wafting through the sea-air. You will be able to get close to the boats and the teams in this carnival-like atmosphere.

There is a strong sustainability message that comes with the race and one we all need to learn from. We hope that this is the legacy that the race will leave. Marine litter is playing a huge part in devastating the oceans and the wildlife that lives there. If you don’t live near the sea you might not realise this. We need to leave the world for the next generation to enjoy and at this rate with rivers clogged with plastic bottles and straws and microplastics getting into some of the remotest parts of the world and into the food chain it is frightening what will happen next. The event is going to help us think about how we can look after the world better than we are doing now. Something as simple as giving up using plastic straws (there are some great non-plastic alternatives out there), can make a huge difference. The event has also made Challenge Wales think about its sustainability activities too. You can also check out our Marine Litter blog.

With around 200,000 visitors expected to descend into the area for the event, there’s going to be an atmosphere like no other.

What not to miss: