Tag: round the world yacht 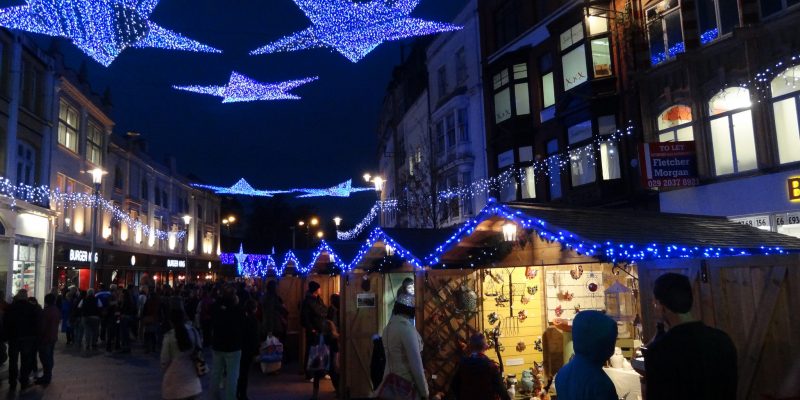 We can’t believe how quickly the year has (almost) gone by. It didn’t seem that long ago that we were planning our Tall Ships summer of adventure, and then returning to Cardiff Bay after we had sailed over 4,000 miles, but there is still an opportunity to get involved with one of Wales’ innovative youth charity’s. In fact some of our activities don’t happen onboard the boat and this year we are excited to announce that we are going to have a stall at the Cardiff Christmas Market 2017 (cue roast chestnuts and mulled wine aromas drifting through the festive air and twinkling lights) from Thursday 9th November – Monday 13th November 2017.

When Challenge Wales | Wales’ Tall Ship attends maritime and sailing festivals, and we run open boat tours, we always enjoy talking to people about what we do. So being part of the Cardiff Christmas Market is an opportunity for adults, young people, parents, teachers, youth workers, companies and inquisitive minds to learn about an innovative charity that works with young people, an opportunity to speak to volunteers and learn about volunteering, an opportunity to hear about our adventures, including our adult-only fundraising voyages, get hands-on and feel what a sail made of Kevlar feels like (and yes, Kevlar is also used in bullet proof vests!) and be the first to know what’s coming up on the horizon.

For those who haven’t been able to jump aboard this year, or haven’t seen the boat this year nestled in Penarth Marina, and for those who want to learn more about Challenge Wales | Wales’ Tall Ship, you can come and talk to some of the team at the Cardiff Christmas Market in the centre of Cardiff for a few days in November.

We’ll be there from the opening night (Thursday 9th) for five days only (so our last day will be Monday 13th November)….but sorry, we won’t be bringing the largest yacht in Wales (she’s 72-feet long by the way)…but you will be able to get a good glimpse of her!

What’s in store on our stall….If you are looking for a unique Christmas present, then a Challenge Wales gift voucher for one of our voyages (including adult only voyages) might be for you….particularly if you are trying to buy something for someone who is hard to shop for! We’ll have those available to buy as well as our fundraising Challenge Wales bracelets! What’s more, you’ll be able to learn about our voyages, and how they have been helping young people develop life skills and move into employment.  We’ll also be able to show you how Challenge Wales is part of a global Citizen Science project with our Secchi Disk experiment. You can get tied up with our knot board and find out more about our adventure activities that can make your CV stand out from the crowd! And, we’d love to share with you how much fun we have onboard!!  So come and visit us…. we’ll be dropping anchor in between St David’s Hall and Miller and Carter, near the Hayes Island Café.

The Cardiff Christmas Market is a well-established festive event that provides a unique shopping destination and unusual gifts. Although Challenge Wales is only there from 9th – 13th November, the Market continues throughout December until Saturday 23rd December! 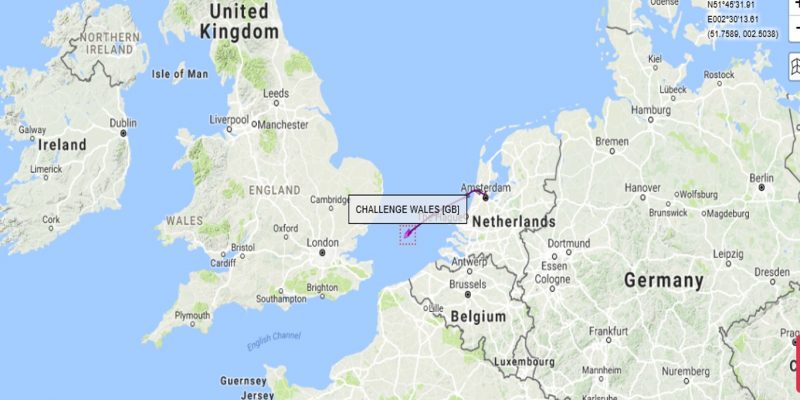 Ex-hurricane Gert was going to create some windy conditions in the UK and this would mean exciting sailing on the horizon for Challenge Wales crew and trainees.

After a crew change in Amsterdam we left in light airs, engine on, to Boulogne, France. We motored non-stop through the night and at times with the very quiet chugging of the engine we craved some decent wind. But it gave an opportunity for those who were sailing for the first time (ever) an opportunity to learn the boat and gain confidence in helming.

An important part of when we visit ports is to explore and learn. We enjoy experiencing new cultures and that is exactly what we did that evening, enjoying a well-earned meal ashore in a quiet picturesque village although after a short walk around we were particularly drawn to one menu…

From France, our next stop would be the UK. It felt like an age since we had been in the UK (we had left Aberdeen on 23rd June) and although we were looking forward to being back in the UK and heading home, deep down there was an unsettling realisation that this was also the end of our amazing summer of adventure Tall Ships Racing.  The winds were starting to change as the UK called. We had to cross the Traffic Separation Scheme in the English Channel and then it was tacking towards Eastbourne. We spent the evening nestled in Eastbourne and the following day the wind we had craved for certainly showed up!

The Challenge Wales vessel reports into the Challenge Wales office twice a day, every day, and this morning due to the strong winds, which would be on the nose, the Skipper advised that a short sail to Brighton Marina would be in order to break up a long sail to Gosport…..and as we left Eastbourne the winds were getting stronger.

It soon became clear as the winds strengthened that Challenge Wales wouldn’t be able to get into Brighton Marina and we had to stay out at sea. What was to follow was not just challenging and relentless but one of the best sailing experiences we’d encountered in a boat that was built for these conditions and a new-found team that were going to go through a bonding and memorable experience like no other.

Challenge Wales was built for sailing around the world ‘the wrong way’ into the prevailing weather and with the wind on the nose it was a hard beat to get from Eastbourne to Gosport. This is where Challenge Wales came into her own.

Over 40 knots of wind were recorded across the deck, waves were crashing relentless across the boat soaking the crew (if any wet weather sailing clothing manufacturers want to give us some samples to test we’d be more than happy to!), the boat would slam down into the waves…..but with it brought a new found exhilaration and excitement to those onboard. And when it was time for the watches to change over it was with reluctance that those onboard handed the helm over to the next person. Tired, wet, adrenaline-fuelled and buzzing from what we had all just achieved (it had been a 16 hour experience!) it was 0300hrs by the time we all got into our bunks after being moored up in Haslar Marina, Gosport.

The following day, with the sun shining and a breeze wafting past our banner flags we couldn’t believe the epic adventure we had had the day before and we reflect that we wouldn’t have wanted to have been in any other boat, other than Challenge Wales as she helped us safely cross the high seas.